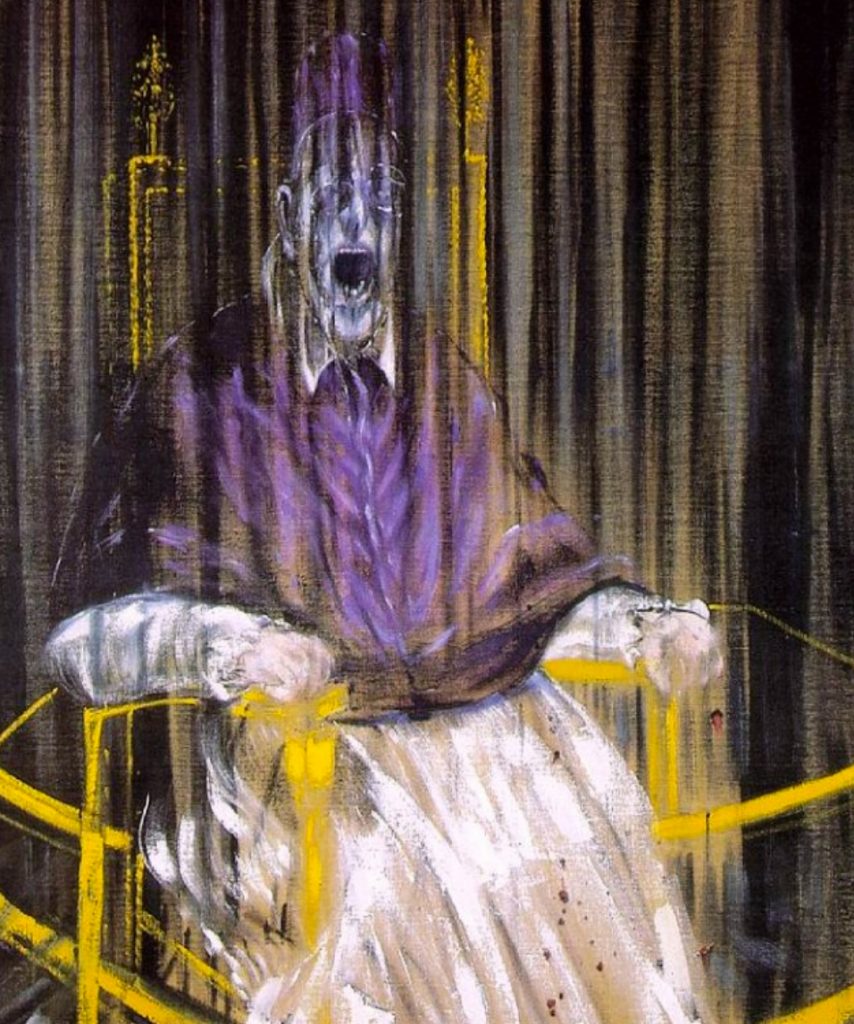 Musing about Paisley Babylon recently it suddenly occurred that the work and life of Francis Bacon really deserves a look as an influence. His work has always been fascinating in the Paisley Babylon camp, but visually speaking I feel the work (the more visually aggressive the better) is a good visual representation of at least part of the landscape that is Paisley Babylon.

I revisited an excellent bio on Francis Bacon on YouTube (see below), talking about the artist’s technique in one section-Bacon, like Paisley Babylon, valued the accident in his work. I find such a kindred spirit there that I find myself wishing I had been at work in Bacon’s heyday instead of…later.

Chances are, given the environment of the day, that visual art and performing arts wouldn’t collide as well as these elements do now…we only have to look at Throbbing Gristle to see that it’s a difficult marriage at times to say the least; it takes a steady hand to navigate situations that confuse the lines between the gallery and the concert hall. But I digress.

In my own work, I find that the venue is often an important part of the event itself-it’s not enough to set up and display or perform; the physical landscape you work in can play an major part in how you approach the work. That may not be a universal, but it has always seemed to come true for me even in spite of efforts to control that aspect of things.

You don’t maintain control for very long in Paisley Babylon (wherever that may reside this week in the cosmos) but this week that floating city of sinister decadence is drifting backwards in time to appreciate Bacon and the contemporary art world of the day even as things are bracing to move forward into the future once more–but the engines must be warmed up, the fires must be stoked, and supplies must be loaded.

While all that is going on, enjoy this documentary on Francis Bacon with me while it lasts on YouTube (if you see the a broken link here you know what happened, the Internet police got to the doc and had it shuffled off again.)